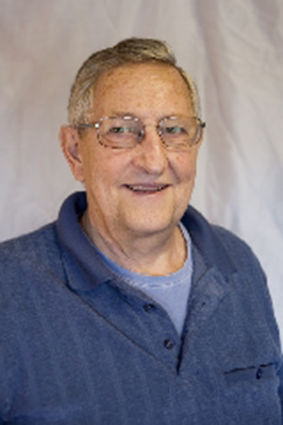 DAYTON–The Columbia County Health System (CCHS) is working on an Assisted Living project. The desire is Assisted Living, not an Adult Family Home. Assisted Living facilities are regulated by the State, Adult Family Homes are not, they are regulated by a third-party group. They have met with Blue Room Architecture, and are discussing a 16-20 resident project broken up into two adjacent "pods." The current tentative floor plan can be modified to accommodate two or more residents per unit and may include double occupancy rooms with some private shower rooms. McGuire emphasized that it is important to have a good case mix (patients who statistically present similar or related cases). Someone with early onset dementia will have different needs than someone who is aging pleasantly.

McGuire stated that a lot of patients have been turned away because they did not meet the requirements for a skilled nursing facility. Those patients left Dayton and went to Assisted Living elsewhere. Once they leave Dayton, they do not come back. The Hospital wants to do a better job of retaining residents by offering Assisted Living. This is fueling the desire for an Assisted Living facility in Dayton.

This facility is being funded by partnership with local developers who are willing to construct the facilities. McGuide will have more information in April.

Action was taken by the Columbia County Health System Board when they appointed Jim Kime to finish the term of Ken Dyball, Position 3. The term expires at the end of this year. He will be formally sworn in later by Columbia County Auditor Anne Higgins.

In other business, CCHS has been recognized for leading the charge in telepsychiatry. Working with the University of Washington psychiatry program and the Advancing Integrated Mental Health Center, patients in Dayton can see top tier psychiatrists from University of Washington using Zoom, which is an encrypted video conferencing platform meeting Federal Health Insurance Portability and Accountability Act (HIPAA) privacy regulations.

In addition, Booker Rest Home receives positive feedback comments on Patient Care. The best comments are on Hospice and End of Life care. The only concern is that current signage makes it difficult to find Booker Rest Home. Hospital Staff is working on this. Further, positive comments have been received on Emergency Room services.

During 2019, Emergency Room (ER) patients generally averaged 166 each month. In December, there were 203 ER room visits, a significant increase. Shane McGuire, Chief Executive Officer, stated there was no specific explanation or rationale other than anecdotal stories. It was not due to over-utilization by existing patients. A good number of the ER visits were new patients. Although some may have possibly been out of area/out of state folks visiting relatives in Dayton who happened to have an emergency, the "anecdotes" being heard were that Providence ER in Walla Walla was so busy there was a six hour wait. Walla Walla patients decided to come to Dayton because despite the 30-45-minute drive, patients could get seen quickly here and still get back to Walla Walla well within six hours.

Although Hospital management tries to practice "catch an employee doing something right," it was noted that the Hospital currently does not do Employee of the Month awards. Although the Hospital does not want this to become a popularity contest, it is felt that this might be important! All employees affect patient care, even if they are not the visible employees. The question is how to reward employees with something of value without causing administrative or other issues. McGuire pointed out that every time an Employee Recognition Program is attempted, employee satisfaction scores go down because the Hospital has implemented the recognition poorly. An example is the front desk employee versus the kitchen employee who washes dishes. The value needs to be unilateral. Additionally, McGuire illustrated a situation about giving employees $5 meal cards for doing a good job. It was discovered that these meal cards must be included in gross compensation given to employees. A different approach for this type of award or incentive would be through personally donated funds from Hospital Board individuals.