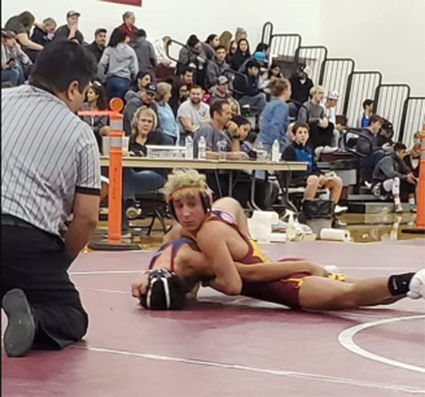 Dayton-Waitsburg wrestler Carlos Norris was ahead on points when a power outage ended the Kittitas wrestling match last Saturday.

"The lights went out right in the middle of my match," Norris said this week. He had gotten up 5-0 in the first round and his opponent had scored three points when the match was called because of the outage that affected the...