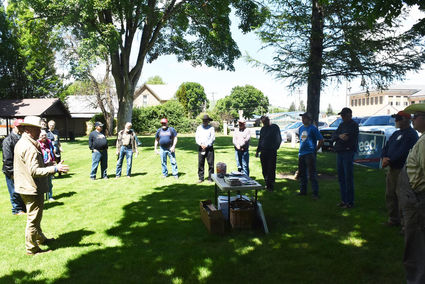 Republican gubernatorial candidate Joshua Freed spoke to a group of around two dozen Columbia County voters last week in the City Park. Freed was critical of Gov. Jay Inslee's handling of the coronavirus, state budget, crime and mental-health systems in the state.

DAYTON–"We need to open up Washington state today, without a doubt," Joshua Freed, a candidate for Washington governor, told a couple dozen attending a campaign stop here Friday, May 15. Freed, who prefers the Republican Party, was in the midst of a 39-county campaign swing that will conclude in Olympia May 25.

Freed is a former mayor and councilman for the City of Bothell, a businessman, and...