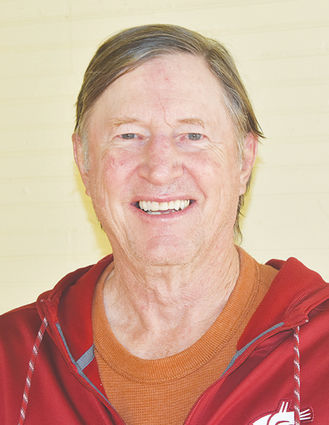 DAYTON–With monetary challenges abounding due to the coronavirus, Mike Talbott is seeking another term on the Columbia County Board of Commissioners to be able to further contribute his experience in the post to local residents and taxpayers, if re-elected. Talbott will have an opponent in the 2020 General Election as Marty Hall has also filed to seek the Columbia County District 2 Commissioner seat.

"I've had quite a few people talk to me about running," Talbott said.

"We're in a very challenging time," he continued. "We've had a flood and now COVID-19 and both have put a lot of pressure on the county budget.

"With my experience, and everything that's going on, plus the fact that I enjoy working with and for the county," Talbott said, "I think my experience is an asset right now."

Talbott recalls that the County's reserves, when he was first elected in 2012, was in the neighborhood of $300,000. When they finished the budget, the reserve was $1.7 million. "That financial knowledge is going to be invaluable the next couple of years and so I decided to run for re-election," he said.

Over the years, Talbott has served a board chairman a number of times and the duty is passed from commissioner to commissioner from year to year.

Talbott again pointed to his fiscal experience and the proof that over the past eight years, the County's financial picture has improved. "I've very conservative," he said.

When flooding wreaked damage to county roads and other areas of Columbia County in February, the county departments collaborated with the BOCC in addressing the issues.

Then the coronavirus seized Columbia County. "We didn't waste any time, at my urging, to cut back on spending when virus started affecting the economy," Talbott said, by reducing gas tax and sales tax.

"We realized right away," Talbott said, "that our nice reserve would not be enough. I knew we had to cut back."

Regarding the financial impacts of the flood, Talbott noted that the Public Works Department, charged with repairing the damage to county roads and other infrastructure, typically operates with a cash cushion of about $1 million, due to the nature of construction project financing practices.

"We have about $1 million in reserve," Talbott said, "because it takes about that much to run a good road department. A lot of times don't get money until you spend it, and the state and federal government agencies tell you which projects qualify.

For example, Talbott said, for portions of the county roads in the Tucannon area that were damaged by flooding, federal funds will only pay to return the road to its previous condition. "It's expensive to fix it where it won't flood again," he said. "Without federal matching money, a million dollars doesn't go far. It's not as easy as it appears."

During his eight years on the BOCC, Talbott has served on numerous boards and commissions, including Public Health, Public Works, the Snake River Salmon Recovery Board, the Walla Walla Watershed Partnership and the Columbia County Transportation System board.

Talbott is a life-long resident of Dayton. He graduated from Dayton High School in 1969, then attended Walla Walla Community College. His father and mother, Arden "Sam" and Aleta Talbott, decided to retire and Talbott stepped in to fill his father's shoes.