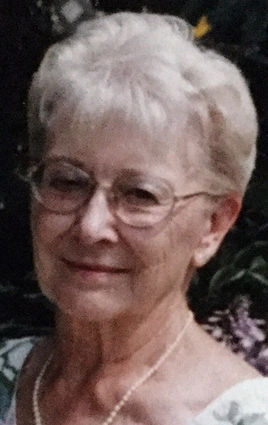 Lois was born in Denver, Colo. to Christopher John and Dora Sacks on February 27, 1930. She graduated from high school in Ilwaco, Wash., at age 16 and went right to work. In her spare time, she helped out at a riding academy her parents managed in Long Beach, Wash. She had a great love of horses and was even a rodeo queen.

Lois married Rholley Becken in 1950 in Long Beach and started their family shortly after. They moved to Dayton, Wash., in 1955 where Rholley took a position as printer at the Dayton Chronicle.

While their three children were growing up, she worked for several years as a linotype operator for the Dayton Chronicle. In 1966 she went to work as Deputy Auditor for Columbia County and was elected County Auditor in 1973, a position she held for 16 years until her retirement. During that time Rholley opened a print business, which she managed.

She loved the ocean, to travel and to dance. She was a good golfer and was proud of getting two holes in one at the Dayton Golf Course. She was a voracious reader and liked to do crossword puzzles. She made the world's best pie crust! She was an excellent seamstress and sewed most of her own and her daughter's dresses. She belonged to a couple bridge clubs, was on the library board, and wrote a weekly article about the goings on at the golf course for the newspaper.

In 2011, Lois began experiencing the onset of Alzheimer's and moved to Kennewick to be closer to family. In 2017, Alzheimer's became more pronounced and she moved into Brookdale Torbett Memory Care.

Lois is survived by sons, Steven (Barbara), Scott and daughter Lynn (Rick) Daggett, five grandchildren and 12 great grandchildren with another due in September. Lois was preceded in death by her husband, Rholley in 1998.

The family is hoping to gather this fall to celebrate her life.

In lieu of flowers, the family suggests a donation to the Alzheimer's/Dementia Association or The Dayton Alumni Association in memory of Lois.