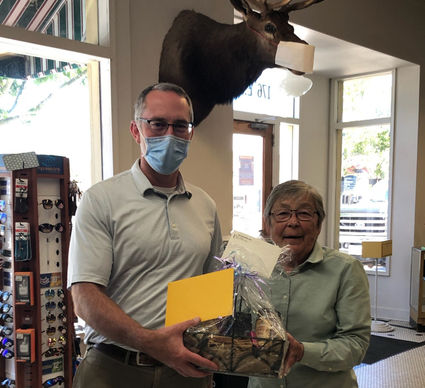 Mindy Betzler went to Elk Drug the other day and was surprised to learn that her prescription was Elk Drug's One Millionth!

DAYTON–As if celebrating her store's 100th anniversary this year wasn't enough, Dayton's Mindy Betzler walked in Elk Drug-just across Main Street from her store, Dingle's of Dayton–and was surprised to learn that the prescription she was there to pick up was Dayton's long-time pharmacy's One Millionth prescription received from a provider.