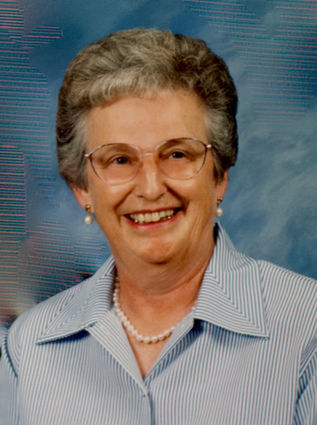 Della was born to Daniel Ernest and Lillie Mae (Pruitt) Davis of Dayton Wash., on November 24, 1929 where she attended Dayton Schools, graduating in 1948 and became a lifelong resident. She moved to Walla Walla in 2002.

Della enjoyed being a homemaker, wife, mother, and grandmother. She was a talented craftsperson and created many gifts and family treasures with her quilts needlepoint and toll painting. She was an avid golfer and enjoyed playing bridge. She will be remembered fondly by family for the many camping and mushrooming outings they shared. She served as a caregiver at Walla Walla Hospice and was an active member of the Methodist and Congregational churches.

She is preceded in death by her parents, six brothers, five sisters, and her two husbands John Bruce and Leslie Blain.

Memorial contributions may be made to Walla Walla Community Hospice through Mountain View-Colonial DeWitt. Friends and family may share memories, make donations to Hospice, and sign the online guestbook at http://www.mountainview-colonialdewitt.com

A Celebration of Life will be held at a later date, not yet determined.