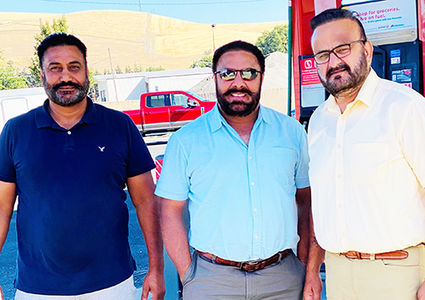 Co-owners Gurmit Ghuman, Jaspal Sohi and Sukhiwinder Virk remodeled the former Pik A Pop convenience store and are open to serve Columbia County and motorists passing through. The location is one of about a half dozen operated by the group.

DAYTON–After several weeks of renovation, the new Shop N Go 2 is open and serving the public, say its three owners from Kennewick. 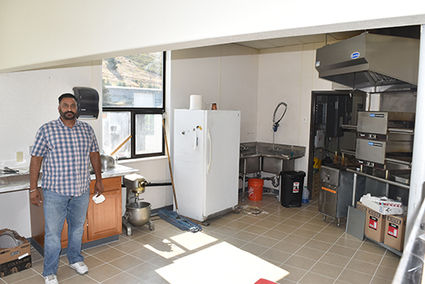 The Shop N Go 2 co-owner Gurmit Ghuman says remodeling is nearly complete in the kitchen with plans to offer a diverse menu, reopen the drive-through and provide shower facilities for over-the-road truck drivers.

Co-owners Gurmit Ghuman, Jaspal Sohi and Sukhiwinder Virk recently acquired the location and add it to some half dozen convenience stores they operate in Pasco, Prosser, Walla Walla, Granger and now Dayton.

The trio have twenty-plus years of convenience retail experience in southeastern Washington.

In addition to remodeling the store's interior, there are plans to repair the car wash and provide facilities that long-haul truckers can use, such as showers.

On the menu side of the business, there will be sub sandwiches, pizza, Mexican food and espresso, in addition to the numerous items common to convenience stores, candy, beverages, and other products.

The trio finished the deal July 31 and got the keys August 1, devoting the month of August to getting the store renovated with new flooring, new paint and other improvements, Guhman said.