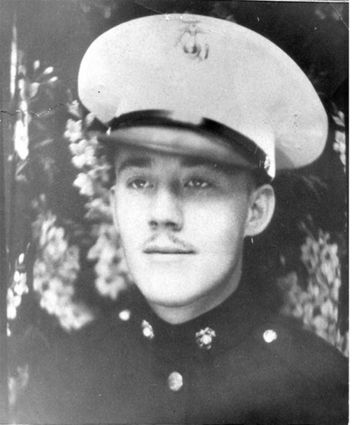 More than 40 years ago when Fort Walla Walla was getting underway at its current location in Fort Walla Walla Park, area rancher Carl Penner thought the budding museum should have life-size fiber-glass mules to display its chandoney hitch and wooden Harris combine. Today, these items fill the Museum's Exhibit Hall 3, surrounded by a 1920s wheat harvest scene painted by acclaimed muralist Carol Poppenga.

Melinda Lambert and her dog, Meggie, walked away with the grand champion prize in the year's Mutt Show at the Fair. Judges Kennie and Chuck Reeves had a difficult choice as they had five dogs with blue ribbons each, but their final top dog was "Meggie" as the smartest dog category and second in the longest wager category!

Local Artist Jill Ingram currently has original watercolors on display in Pioneer Square downtown Seattle at the Prints and the Pauper Gallery. Four paintings on display are in a series of Eastern Washington Landmarks including "Summer Depot," a lithograph plus four paintings of Seattle's historical buildings.

Charlotte Eaton, member of the Upper Whetstone Fleecers, topped the 4-H judging among members of Columbia County 4-H participating in the Garfield County Fair Livestock Judging Contest last Saturday at Pomeroy. Charlotte's score was 510.5 out of a possible 600.

Leon C. Booker, native son who is proud of his community and a benefactor of the City of Dayton, passed away September 17, ending a distinguished career in business and a career of philanthropy in his native community. On May 5, 1967, Mr. Booker gave $400,000 to Columbia County Public Hospital District to construct and equip an extended-care annex at Dayton General Hospital, later adding $94,000 to his original gift.

Mill Stream Dairy, in cooperation with the Chamber of Commerce and The Chronicle-Dispatch, makes possible the mailing of this issue in the Columbia County Men and Women in the Service. If your boy or girl isn't now getting the C-D, bring in his or her proper address.

Hemmelgarn Killed in Japan. Mr. and Mrs. Carl Hemmelgarn received official word a few days ago that their son, SSgt. Paul Hemmelgarn, USMC, was recently killed by aerial bombardment. Paul was taken prisoner when Wake Island fell to the Japanese, but survived that invasion and the subsequent hardships in Japanese prison camps.

One Hundred Years Ago

In the livestock exhibit at the Walla Walla Fair this week, Columbia County stock has a prominent place, with representatives of the herds of Grant Lowe and the Weatherford Bros, winning first ribbons.

One Hundred Twenty-Five Years Ago

Dr. C. H. Day has been appointed associate physician on the medical staff of the Portland Hospital. He is also a member of the State Medical Society of Oregon.

Lewis Robinson, of the Alpowa fruit farm, has remembered this office with two boxes of "Big Injun" peaches. Thanks, Lewis. May your forehead continue to grow higher.