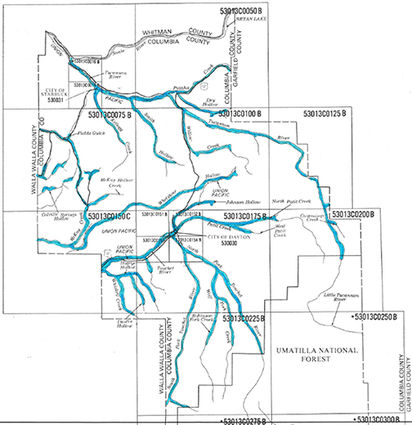 All watercourses in Columbia County have a history of flooding and have regulated flood plains established by FEMA, and have incurred federal disaster designation seven times since 1964. Flooding damages county infrastructure, which costs the County, City of Dayton, and Town of Starbuck money from their general funds to respond to and repair damage, so for these reasons, the district covers the entire county.

DAYTON–Columbia County's Flood Control Zone District (FCZD), created to establish a county-wide response to the threat of flooding, is proposing a General Excess Levy on the November Ballot.