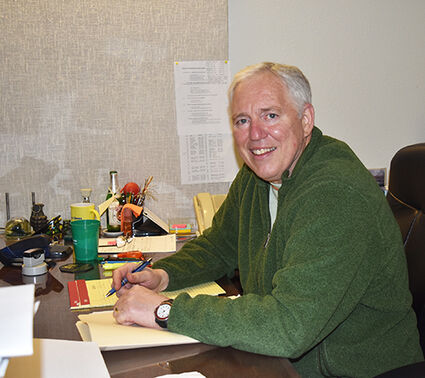 G. Scott Marinella will retire from practicing law on January 1, 2021, and looked back upon his 36-year career as an attorney for a wide variety of clients in Dayton and Columbia County. The photo on the left was taken by Maurine Williams of the Dayton Chronicle in 1986, on the occasion of Marinella being named a partner with Terry Nealey.

DAYTON–People you meet while in college sometimes turn out to have profound impacts in later years, when viewed from the threshold of retirement. The same could be said for those ubiquitous bulletin boards on college campuses, for it was a three by five index card that law-school graduate Scott Marinella plucked off a bulletin board that led him to Dayton.