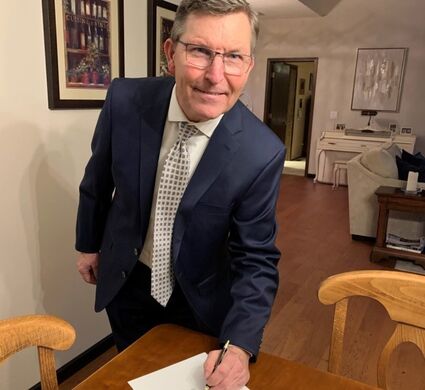 Freshman State Representative Mark Klicker (R-16-Walla Walla) was sworn in as a member of the House of Representatives Friday. He was elected in November and has been appointed as the assistant ranking member of the Environment and Energy Committee. He will also serve on the Rural Development, Agriculture and Natural Resources Committee, the Transportation Committee, and Rules.

WALLA WALLA–Republican Mark Klicker was officially sworn into office as a member of the Washington State House of Representatives, Friday, to serve the 16th Legislative District.

Klicker was elected in November and will take over the seat previously held by former state representative Bill Jenkin, R-Prosser.

"I am very humbled and honored to serve the people of the 16th District," said Klicke...