In Olympia, an over-the-top budget proposal targets the middle class 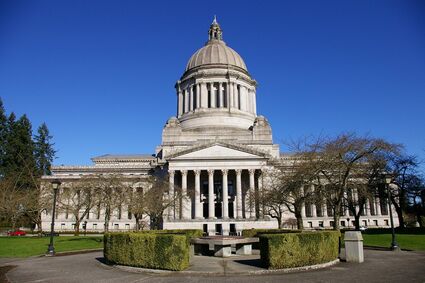 OLYMPIA–I want to give my Democratic colleagues in the state Legislature credit. In a year when state coffers are overflowing and there is no financial emergency–still they have managed to break the bank.

This couldn't have been easy, and it warrants special recognition. In a year when our majority colleagues in the House and Senate are pushing extreme legislation designed to turn the state into a Seattle-styled progressive utopia, their budget proposals wrap all the worst ideas into a single bill, and then double down by spending billions of dollars we don't have.

These budgets spend $2 billion to $3 billion more than we expect to collect with existing taxes. They get that money in the worst way, by enacting big new taxes at a fragile economic moment. One is a high-earner income tax, which could be expanded to the middle class if it survives court challenges–and certainly would be. Washington voters have said no to this idea 10 times since 1934.

These budgets assume the passage of measures that would force enormous increases in the price of gasoline and diesel fuel, driving up the cost of food and everything else. This would have a particularly severe impact on the poor. Voters have said no to this idea twice. Our colleagues also suggest we drain our voter-created Rainy-Day Fund and leave the state with no cushion against recession.

This is desperation budgeting, and it is what makes these proposals so exceptional. We're in a terrific financial position right now, and we don't need to do any of this.

We have billions more than we were expecting in January, thanks to federal stimulus funds and an unexpectedly strong rebound in sectors of our economy not affected by COVID.

We could meet every need, address every significant emerging issue, give manufacturers an incentive to expand, and leave money in the bank–without a tax increase. House and Senate Republicans have written budget proposals to prove it can be done.

Why on earth would the Legislature enact a budget that would do so much damage?

Blame it on platitude-based budgeting. Our colleagues argue our tax system would be "more fair" if we soak the rich–even though they would not reduce taxes on the poor. They say we need to show "leadership" on climate change, even though higher gas prices in Washington wouldn't make a whit of difference to global conditions.

Contradictions have been swept aside in favor of political theory. If taxing the rich is somehow good for the poor, why would we punish the poor with higher fuel prices and a higher cost of living?

But there is an even more troubling element. Over the last decade, our not-at-all-broken tax system has become a gusher of money. State spending has nearly doubled. Some of this was necessary, to beef up our schools, but for the last few years we've been spending every dime and creating costly new obligations for the future.

These new budget proposals take this irresponsible trend to a new level, disrupting our economy with new taxes, creating misery for the populace, sacrificing growth for political ideology, and raising the prospect that we will kill the golden goose.

A political truism holds that sometimes you have to put your principles aside and do what's right. Let's hope this realization dawns on our colleagues before it is too late.