Katie Leid resigns from School Board 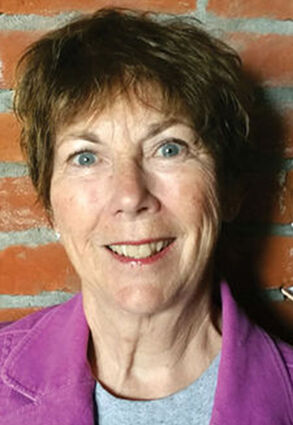 Leid has served the Board since 2016, and has dedicated 17 years to the school, including serving as the Dayton Elementary Principal from 2004-2013, according to Strot.

School District Board Co-Chair David Bailey opened the April 21 meeting with an announcement from Strot regarding Leid's letter of resignation.

In other news from the meeting, agriculture teacher Jennifer Crane pursued and was awarded a $2,000 scholarship for Curriculum for Agriculture, Science and Education (CASE) to go towards professional development. High School Principal Kristina Brown said she is self-motivated and eager to expand the department through obtaining specific grants. "She's a go-getter, said Brown. "She's gotten several different kinds of grants." She also indicated the agriculture students are getting ready for the annual plant sale.

In the elementary, Strot indicated students are participating in the spring book fair and also Brushes N' Brix. This is a company that comes annually from Walla Walla and provides a painting activity. The school is holding Kindergarten Round-up this month to pre-register kids for next fall.

McKenna Culley and Trista Villaro reported for Associated Student Body (ASB) that the students have elected not to hold a dance for prom this year because of the restrictions still in place. Strot thought social distancing would not be much of a problem, but keeping a strict mandate of mask wearing might prove difficult. "The social distancing, we could probably work with but...Public Health says we have to wear a mask, so that just makes it a challenge," said Strot.

Brown reported that the DW mascot design options are now being reviewed by the school administration and athletic department before proceeding, and the Future Business Leaders of America (FBLA) team was scheduled to compete for the State Finals April 21-23.

In athletics, the spring sports season has begun with baseball, softball and golf and will finish on May 9. Girls and boys basketball will follow.

The "Say Yes to Education" survey closed last week. Strot said that most of the students filled it out, 54 school staff, 136 parents and 22 community members. Results of the survey and a plan of action will be shared with the community in early June.

Graduation is set for June 5 at 1 p.m. Principal Brown said three plans are being formulated depending on COVID restrictions at the time.