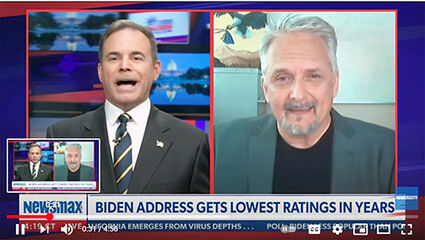 Salcedo opened the segment, which aired on Newsmax on May 2, pointing out that Nielsen ratings of president Joe Biden's address to Congress last week had...