"Amnesty" is a noun that means the act of an authority "by which pardon is granted to a large group of individuals" or, more casually in Webster's New World College Dictionary, a "deliberate overlooking." One of its synonyms is forgiveness. And a column in The Atlantic by Emily Oster, an economist at Brown University, says we should declare one. In "Let's declare a pandemic amnesty," Oster says, "We need to forgive one another for what we did and said when we were in the dark about COVID."

A lot of us want to and understand that people - and governments - were operating with limited information in the interest of safety in 2020 when COVID-19 hit the scene, threatening our health, our friends and our families. Some early government actions made sense, given all that we did not know - even if they changed societal life as we knew it.

But for many of the people on the receiving end of the "we know better now" treatment, the problem with letting go is the fact that some of the offenses are still happening. On the state level, even with much more light on COVID-19 and its vaccines, a vaccine mandate remains for employment in most state government jobs - even as we watch the New York Supreme Court order New York City to rehire and give back pay to city employees. (That ruling rested in part on identical unvaccinated people being treated differently by the same administrative agency.) Hiring is also limited to vaccinated people for those Washington state jobs, and some current workers with exemptions have been separated from their co-workers and normal job functions. This makes amnesty a tall order.

Thousands of workers are left in the wake of Gov. Jay Inslee's vaccine mandate. State officials report 2,135 employees received pink slips or felt forced to quit or retire due to the governor's mandate. Other reports show the state's health care system lost about 3,000 hospital workers because of the mandate, and some of the state's first responders and health care providers weren't trusted to stay on the job. As a result, public and health care services suffered, careers were ruined and working families lost income. Many family, friends and co-workers also remain divided after the government-led vilification of unvaccinated people that carries on today. 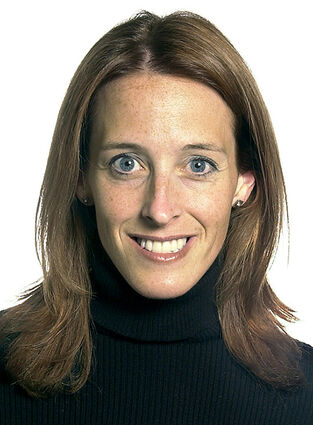 The end of a vaccine mandate as a condition of employment - and some mea culpas for the vilification - could help usher in an amnesty in Washington state. Instead, the Office of Financial Management (OFM) just completed rulemaking for the governor's permanent COVID-19 vaccine mandate. I'm still waiting on OFM's response about the authority it claims to have under RCW 41.06.133 and RCW 41.06.150 to make an employment rule for this medical decision.

Amnesty while in the middle of political offenses doesn't work. Lawmakers should do all they can next January to get us closer to fine.

-Hovde is a policy analyst and the director of the Centers for Health Care and Worker Rights at the Washington Policy Center. She is a Clark County resident.