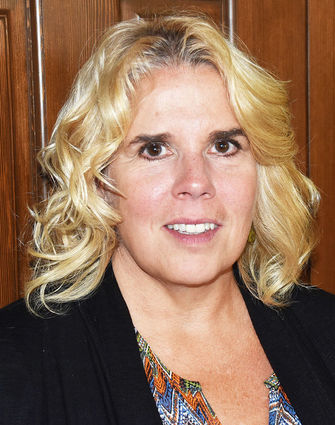 DAYTON–The Chamber of Commerce has hired Molly Weatherill-Tate as its new manager and she is hitting the ground running, considering that the Chamber's Annual Awards Banquet is right around the corner.

With not only the banquet but Main Street Trick or Treat and, in a few short weeks, Christmas Kick Off, coming down the pike, Weatherill-Tate is concentrating on getting "myself up to speed" on the Chamber's systems and procedures.

Weatherill-Tate has been a Dayton resident since 1997, during which time she was employed with Coffey Communications for twenty-plus years, holding positions such as editor, account manager, project manager and director. Earlier this year, the position she held was eliminated and she amicably parted ways.

She was working on finding another job-either locally or work she could perform remotely-when the position with the Chamber became open.

Weatherill-Tate was born and raised in Mitchell, S.D., a city of about 12,000. After high school, she attended Purdue University in West Lafayette, Ind., where she earned a degree in journalism. She worked as an editor and reporter at a small daily, then moved to a chain of weekly newspapers in Minneapolis, Minn. With plans to enter law school, she visited her sister in Walla Walla, and decided to move here with her four-year-old daughter, Camille.

She worked at the Milton-Freewater Valley Herald initially, then joined a property management company in Walla Walla, where she worked five years before joining Coffey Communications in 1997.

She and husband Willie Tate reside in Dayton.