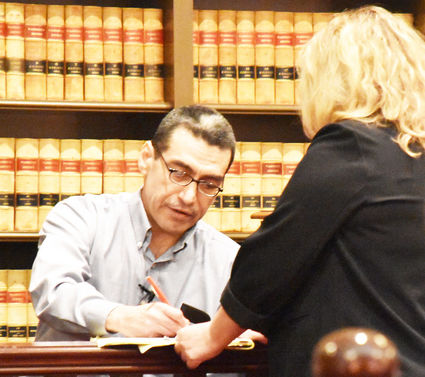 Benjamin Orozco testifying during the murder trial in August, in which he was convicted.

DAYTON–A hearing regarding the sentencing of Benjamin Orozco, who was convicted of second-degree murder and first-degree assault following a three-and-a-half day trial last August, has been postponed.

The sentencing hearing had been set for Friday, December 6 in the Columbia County Superior Court; however, a death in the family of Superior Court Judge M. Scott Wolfram has prompted the postpon...