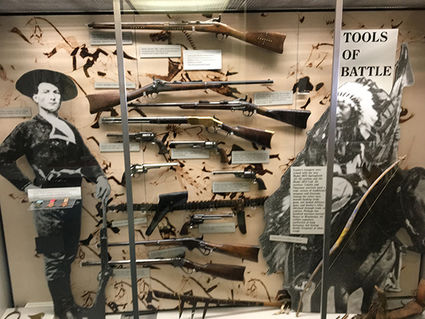 This display at the Little Bighorn Interpretive Center shows actual weapons used in the skirmish.

–Continued from the March 26 installment of Gary Lentz's informative program at the Blue Mountain Heritage Society's fundraiser in February.

Meanwhile, led by Crazy Horse, hundreds of warriors began to surround the remaining three companies up on Last Stand Hill. And as they rode around and as they...