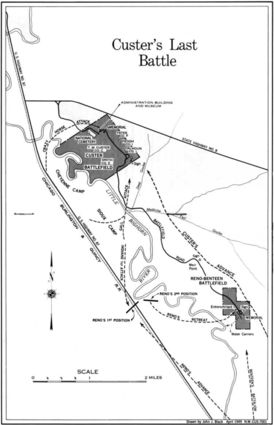 This map depicts the routes Lt. Col. George Custer and his Seventh Cavalry, along with other companies, are believed to have traveled in the Battle of the Little Bighorn.

–Continued from the April 9, 2020, this installment of Gary Lentz's informative program at the Blue Mountain Heritage Society's fundraiser in February.