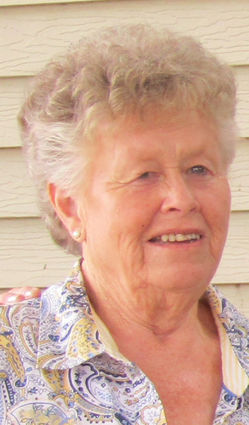 Laverne Gladys Kessel of Dayton, Wash., passed away on August 14, 2020 at the age of 82. She left this life the way she lived it, with unbelievable strength and courage.

The first of thirteen children, Laverne was born at the family home to Nick and Adeline (Zander) Schmaltz on May 22, 1938. Growing up on the family farm just southeast of Dickinson, N. D., she learned to work hard at an early age, helping with the farm chores which included milking dairy cows by hand. Laverne also helped in caring for her younger brothers and sisters. She attended a rural one room schoolhouse, graduating from the eighth grade. She often reminisced about being taken to school during the winter on a sleigh pulled by horses.

In her teen years, Laverne, lived with her paternal grandparents in Dickinson, working as a waitress to help the family. It was during this time that she met Howard Kessel. They were married August 23, 1955 and shortly after moved to St. Paul Minn., for work. They eventually made Fort Peck, Mont., their home until 1975 when they moved to Starbuck, Wash. In 1979 they moved to the Tucannon farm. They divorced in 1985. Laverne remained on the farm for the next 35 years caring for a flock of up to 200 sheep as well as chickens, ducks and geese. Laverne also worked tagging fish at the Lyons Ferry Hatchery, which netted her many lifelong friendships.

Laverne was famous for her chocolate chip and sugar cookies, baking them for every holiday and sharing with family and friends as well as the many eggs her chickens gave her. In earlier years she enjoyed bowling and was a member of a local bowling league, often traveling to state events with her team. She was an active member of St. Joseph's Catholic Church and looked forward to the luncheons and time to visit with fellow parishioners.

She was a devoted grandmother and nana and her grandkids biggest and best cheerleader. She never missed any of their 4-H, school or sporting events. Being a huge Gonzaga Bulldog fan, Laverne wrote game dates on her calendar so as not to plan anything that would interfere with her watching them play. She also enjoyed watching the Seahawks and often yelled at the referees on the TV for what she considered bad calls.

Laverne was preceded in death by her parents, an infant brother Ralph, brothers Allan, Robert and Raymond and a sister, Donna.

She is survived by her children Cindy (Alan) Harris of Starbuck, Wayne Kessel of Hi., Karen (Dennis) Lockard of Dayton, and Jody (Lee) Steensland of Otis Orchards, grandchildren Wesley Harris, Bradley (Desi) Lockard, and Nicole (Omar) Chavez, 4 great grandchildren with an additional due the end of this year. Her surviving siblings Sharon Roshau, Linda Wanner, Pat Wolf, Bertie Gustafson, Nick Jr.Schmaltz, Bernie Wolf, Charlene Maycharzak and their spouses will miss her dearly, as will her sister-in-law Annaleise Schmaltz with whom she shared a special bond.

The Rosary Vigil is planned at St. Joseph's Church in Dayton on Friday, September 18 at 6:30 p.m. and a private funeral mass will be held on Saturday, September 19 at 11 a.m. Interment will follow at the Starbuck Cemetery. Family asks that those attending wear masks and maintain social distancing.

Memorials can be made to St. Joseph's Altar Society or the Columbia County 4-H Endowment Fund through the Blue Mountain Community Foundation.