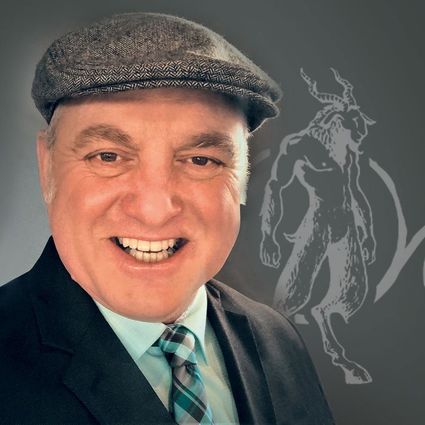 After five years based in Dayton's Blue Mountain Station, the award-winning craft distillery XO Alambic has been sold and founder and master distiller Rusty Figgins has inked a new gig with an overseas distillery.

"It saw me through the hard times," Figgins told the Dayton Chronicle recently.

In the meantime, two other situations arose-one of Figgins's consulting clients made an offer for award-winning XO Alambic, and another client offered him the ground-breaking chance to distill a single malt whisky on the Isle of Man.

That, coupled with the lease on the Blue Mountain Station location expiring Monday, August 31, was a stroke of perfect timing, he said.

And Fynoderee Distillery, in Ramsey, on the Isle of Man, a former consulting client, hired Figgins for a 24-month work assignment.

"I will be helping them make history," Figgins said. "It'll be the first single malt whisky made there."

The Isle of Man is an island in the Irish Sea, between Great Britain and Ireland, and is a British Crown Dependency, with just three distilleries on the island. Figgins is excited at the prospect because the owners are contemporaries of his. Plus, Will, the son of Rusty and wife Julie, will be able to start Kindergarten there.

"How fortunate I was to set up a little business in Dayton and be supported by not only the local community, but consumers at large who placed their orders," Figgins said. "I will always believe that the quality of the water here is far superior when compared to other places."

Figgins was complimentary of his relationship with Port of Columbia, which "was very generous with me and other tenants, and BMS was a fabulous jumping-off point for my distillery pursuits."

At Fynoderee, Figgins will continue with the distillery's tradition of gin production and take forward an aged spirits program including the development of the distillery's expansion into Manx single-malt whisky, a release from Fynoderee indicated.

Hailing from the prominent Washington wine-producing family behind Leonetti, Figgins and Toil Oregon wine estates, Rusty launched his career in viticulture and oenology, during which he travelled extensively, making wine in France (Château Palmer), Australia (whilst attending university) and all across Washington State, a news release from Fynoderee stated. In 2008, Figgins acted on a long-held passion for craft distilling, becoming a founding signatory of the American Single Malt Whisky Commission and winning notable accolades for his own Scythe & Sheaf single malt whisky.

In 2008, he co-founded The Ellensburg Distillery, the first in Washington to craft rye and malt whiskies, fine brandy and gin. During this period, he employed his technical and engineering expertise to invent the innovative Figgins Reciprocator distillation system, a pot-and-column hybrid still. Ten of these stills are now in use at commercial distilleries across North America. The eleventh unit, currently under construction, is an "ultra-spec" model destined for The Fynoderee Distillery this autumn.

"This appointment represents a fabulous opportunity, putting the 'icing on the cake' of my professional life," Figgins said. "Joining a stellar gin producer in its next chapter and leading their entry into Manx malt whisky production is at once ground-breaking and exciting. As a proud practitioner of the craft, it has long been an aspiration to 'go where no one has gone before,' as the distinctive barley grown on the Isle of Man begs to be crafted into malt whisky."