Remembering the crowning achievement of the Greatest Generation 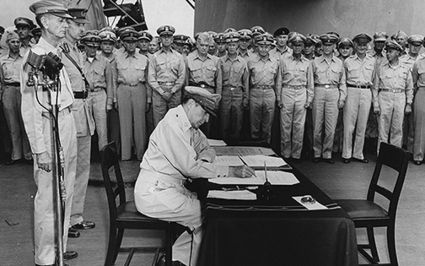 On September 2, 1945–75 years ago–standing behind General Douglas MacArthur, on the deck of BB63, the U.S.S. Missouri, was an emaciated-looking General Jonathan M. Wainwright.

Wainwright had waited out World War II as a Prisoner of War after surrendering to the Imperial Japanese Army when Corregidor in Manila Bay was lost in early 1942. Wainwright, incidentally, was born in Walla Walla, on...