Terry Dean Dobbs passed away at his daughter's home in Waitsburg surrounded by his children on April 11, 2021.

Terry was born in Dayton, Wash. to Charley and Doris (DeFord) Dobbs on October 26, 1949. He was the third or four children and was fortunate to have not only his parents and siblings, but also Aunt Clarice, Uncle Norman, his cousins, and Grandma and Grandpa DeFord, all of whom were an important part of his childhood years.

Terry attended Dayton schools with the Class of 1967. He enlisted in the Army in 1967 and served two years in Vietnam. When he returned to Dayton in 1969, he met the love of his life, Lori Jo Howarth. They were married September 8, 1970. The entire family welcomed Lori and felt blessed to have her in their lives.

It was on August 1, 1971 that Terry and Lori were blessed with the birth of a beautiful baby girl, Amber Renee Dobbs. The young family of three moved to Wrangell, Alaska for a short time, then moved to Junction City, Ore. in 1974, and returned to Dayton in 1976. Their family was complete when their son, Terry Jake, was born on December 17, 1978.

Terry loved the outdoors and enjoyed hunting and fishing. Because Lori was a Colville tribal member, Terry and their family enjoyed visiting the reservation for hunting. Those hunting trips are fun and happy memories.

Terry was also an avid gardener. He and Lori raised large gardens every year. They canned their harvest, made salsa, and shared lots of vegetables, salsa, and produce with friends and family.

Terry loved animals. While working at Konen Rock, he always had special treats for the big bull elk, Earl, who visited him each day. He had many faithful dogs and cats, including all the stray cats he would feed. Over the years, he incubated and raised many birds including chickens, doves, bob-white quail, and Chinese ring-necked pheasants.

For those who knew Terry-he was a hard worker, dedicated to his family and friends. He was a devoted and beloved son, husband, father, brother, nephew and cousin. He will be missed but forever in our hearts and memories.

He was preceded in death by his wife, Lori, his father, and brother, Duane. 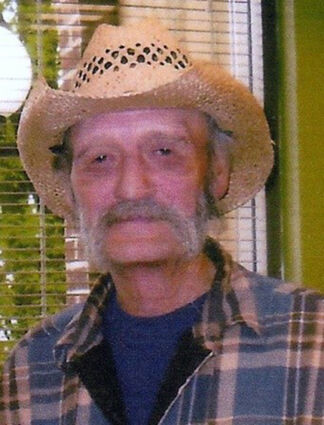