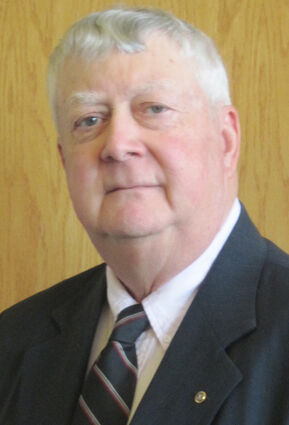 DAYTON–Medical complications are attributed to the "untimely" death of Port of Columbia Commissioner Earle Marvin.

"Commissioner Marvin passed away unexpectedly on August 30 at a Portland hospital after undergoing emergency surgery for a broken leg," said Jennie Dickinson, Executive Director of the Port.

"He will be sorely missed," she said.

Marvin was in his tenth year as a District 2 Port Commissioner, was the current chair of the commission, and had a little over two years left in his second term, Dickinson said.

"He enjoyed his work as a Port Commissioner very much and provided leadership and commitment to the organization," she said.

"Earle was a guy who came into the Port job with preconceived notions," Dickinson said, "and became a great commissioner. He was so supportive, so interested in making sure we followed the law and had policies in place."

Marvin's engineering background gave him a good understanding of the construction drawings required in much of the Port's work, and he enjoyed reviewing documents and giving input, Dickinson commented. Commissioner Marvin always encouraged his fellow commissioners to attend trainings and conferences sponsored by the Washington Public Ports Association, which he attended annually, to learn as much as they could about how Port's operate lawfully and efficiently.

"Our thoughts and prayers are with Commissioner Marvin's family in this time of grief," said Port Commissioner Shawn Brown. "We appreciate his long and dedicated service to the Port of Columbia."

Marvin had been battling pneumonia, Dickinson said, and was out of the hospital and recovering. About two days later, Marvin fell and suffered a fractured leg. He was flown to Portland and underwent emergency surgery.

"The surgery was a success," Dickinson said. "But there were complications. He was in intensive care and then a few days later, he was gone."

According to Washington State law, the two current Port Commissioners, Sean Milligan and Shawn Brown, have 90 days to appoint a replacement to the non-partisan position.