Robert Eugene Johnson III, 52, of Starbuck, Wash., passed away September 30, 2021 in Starbuck. Robert was born May 10, 1969 in Redmond, Ore., to Robert Johnson Jr. and Sheila Johnson. He grew up in a railroad family living in the Madris, Ore., area and later in Washington.

Robert worked in the home construction industry for a number of years before becoming a cowboy and rancher. He worked for several Starbuck area ranchers throughout the years. Robert married Christina Melchior-Ericson in Albany, Ore., on April 6, 1991 where they made their home in Oregon until moving the family to Starbuck. 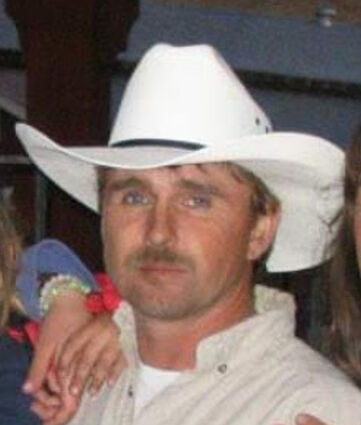 He loved riding horses with his daughters Torry and Tessa and taking motorcycle rides with his son Robby. He was a jack of all trades and had so much knowledge that he passed onto his children. He was a hard worker and took pride in his work whether it was building fence, doing home projects with Tessa and Kenny, or working on his fishpond with his five-year-old grandson Eli.

Robert loved spending his time outdoors camping, hunting and fishing. His family was everything to him and he is dearly missed.

The memorial service will be held at The Zink Building in Starbuck, Wash., on Saturday, October 23 at 5 p.m.

Hubbard-Rogg Funeral Home of Dayton is caring for the family.