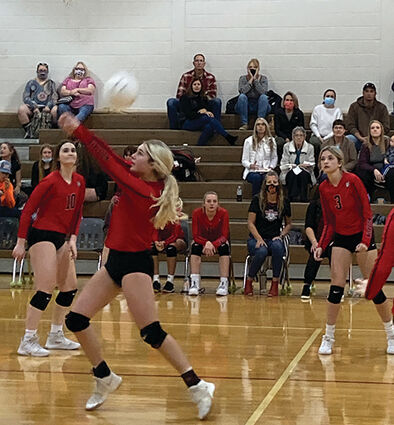 Leading the Lady Wolfpack in kills against Columbia Burbank was Claudia Benavides, who had five kills, three blocks and five digs in the four-set loss. DW came out smoking hot and won the first set, lost the second, barely lost the third then fell by seven points in the fourth. Megan Forney (10) and Mackenna Barron (3) watch Benavides's pass over the net.

Their record is 0-10 with four more matches to play.