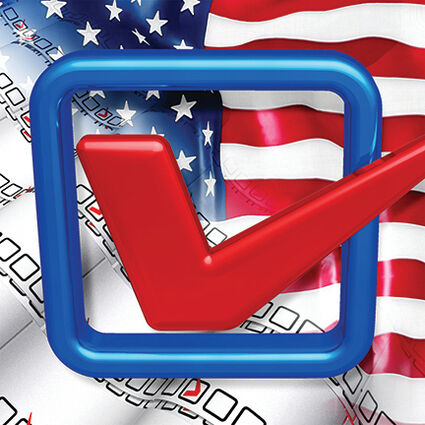 In Columbia County and Dayton there are several contested races involving seats on the Dayton City Council, Dayton School Board and the Port of Columbia. Voters who reside in areas of Columbia County that are within the Prescott Joint Park and Recreation District will be casting their votes on other measures and for a variety of candidates.

Advisory Vote No. 38, Second Substitute Senate Bill 5315: The legislature imposed, without a vote of the people, a tax on captive insurers in the amount of 2% of premiums form owners/affiliates, costing $53,000,000 in its first ten years, for government spending.

The ballot shows Council Position 1 (full term) candidates are Laura Aukerman and Boe Stevenson. Council Position 3, also a four-year term, shows Cindi John and Teeny McMunn vying for the seat. Position 5 candidate listed on the ballot is Marchand Hovrud. A write-in candidate, Vicki Zoller, has been campaigning for the No. 5 post as well. Position 7 incumbent Fred Crowe is being challenged by Tyler (Tiger) Dieu for the Short- and Full-Term office.

Dayton School District Board of Directors has four positions up for grabs: Incumbent David Bailey is seeking re-election and is challenged by Korinda Wallace for the full-term No. 1 seat. Director No. 3 incumbent is Grant Griffen, seeking re-election to the two-year unexpired term unopposed. On the ballot for Director Position No. 4, for a two-year unexpired term, are Anna J. Berg and Aneesha Dieu. Berg has stated that she has withdrawn from contention. Jeff McCowen filed for re-election to Director No. 5 on the School Board.

The District 1 position at the Port of Columbia is held by Shawn Brown. Seth Bryan is running for Port District 1 also.

Jack Miller and Johnny Watts are both on the ballot seeking the six-year short and full term for Port District No. 3.

Three County Fire Districts have unopposed candidate. In District 1, Richard Rubenser is on the ballot; Brooke Mikesell is running in District 2, and Mike Spring in District 3.