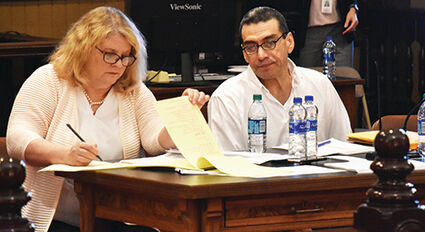 Benjamin Orozco, seated next to Defense Attorney Jane E. Richards during jury selection proceedings, has been granted a new trial based on potential racial discrimination during jury selection. Orozco was tried in Columbia County for the 1996 murder of Lance Terry and was convicted of second-degree murder, first-degree assault, and unlawful possession of a firearm, and sentenced to over 36 years imprisonment.

SPOKANE–The peremptory dismissal of a juror during jury selection in the August, 2019, murder trial of Benjamin Orozco was potentially based on racial discrimination, judges with the Washington State Court of Appeals, Division III, ruled October 7. The court reversed Orozco's conviction and ordered the case to be retried.

Orozco was convicted after a three-and-a-half-day trial in Columbia Cou...