DAYTON–Port of Columbia Executive Director Jennie Dickinson received a letter of support drafted on behalf of the Columbia County Commissioners (BOCC) in support of a Washington State Department of Commerce grant to the Port for the rural extension west along Highway 12 of the fiber broadband project in action during the Commissioners' November 30 meeting.

The grant being sought by the Port does not require matching funds, according to Dickinson, who received the letter to be submitted.

Dickinson inquired about the matching funds requested earlier for the larger broadband project, but the Commissioners have postponed any decision until they determine if the funds will need to be applied to the $400,000 courthouse HVAC project.

Commissioners held a public hearing for approval of resolutions for levy certifications for the 1% allowable increases of $17,402 to Current Expense, $5,278 to Emergency Management Services (EMS), and $19,351 to County Road. Only one public comment was given during the hearing for the EMS levy by Mike Spring, Fire Commissioner for Fire District 3 and Chair of the EMS Advisory Committee for all three fire districts. He said the levy doesn't cover all of the expenses within the County, but asked for the Commissioners support the levy to continue to provide services. All resolutions passed.

The final budget hearing is set for December 20 and public interviews will be held at the Commissioners' chambers in the evening for three applicants seeking two vacant library board positions, and two candidates for the District Court Judge. Only one application was received for the vacant Superior Court Clerk position. Both meetings will be advertised. 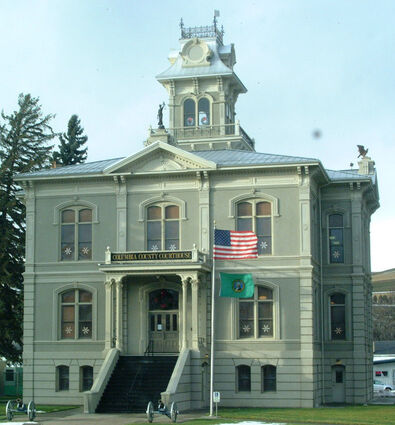 As part of the regular meeting, the BOCC discussed the Cost-of-Living Adjustment (COLA) for County salaries for the 2022 budget. They voted for a 2% increase which will be updated in the salary schedule by Auditor Anne Higgins.

Interim County WSU Extension Agent Stephen VanVleet met with the Commissioners for approval of the updated Memorandum of Agreement between the county and the extension service. VanVleet's interim position is supposed to end in February, but he said he expects it will be extended through the spring.

Holiday paid time off was decided to allow for half-days on December 31 and January 3 due to Christmas and New Year's holidays falling on Saturdays this season.