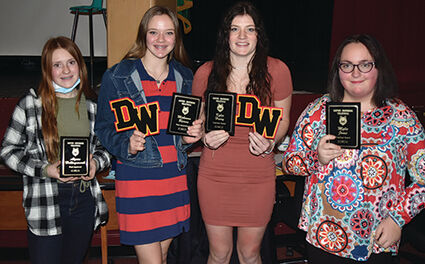 DAYTON–Student-athletes who played football, volleyball or cheer for Dayton-Waitsburg Wolfpack during the fall sports seasons were honored with letter awards and other recognition by coaches at an Awards Ceremony at the D.H.S. Auditorium December 5.