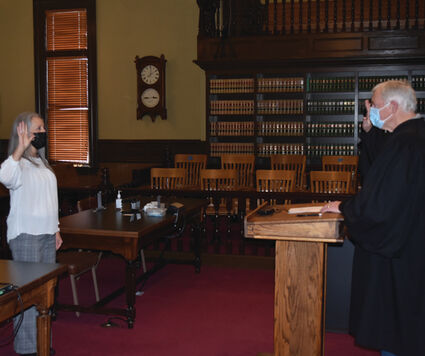 Dayton Attorney Kimberly Boggs, who has served as District Judge pro tempore for some 15 years, was sworn in by Retiring District Court Judge G. Scott Marinella Wednesday, December 29, in the Superior Court Room. Boggs will fill the one year that remains on Marinella's term in office, which will be up for election in 2022.

Both newly appointed officials' terms of office are for the year 2022. The posts will be up...