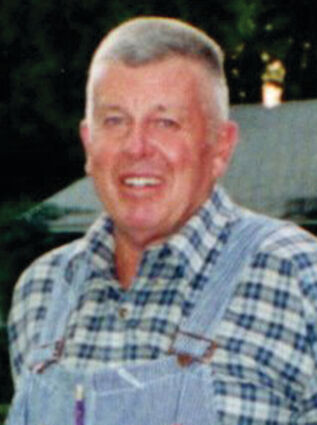 Roads have been cut and graded, sites for homes have been leveled and tons of concrete have been finished. Wells have been dug, septic systems installed, and forest fires fought. With all this work accomplished, Carl Rowe, Jr. laid down for eternal rest on January 9, 2022, at the age of 88.

Junior, as he was called by family and friends, was born to Carl and Hazel Rowe on July 20, 1933. He went to Dayton Schools and graduated Dayton High School with the class of 1951.

He never forgot the kindness of his FFA classmates who helped tame and care for his steer when he contracted Scarlet Fever his junior year. Although weak, he was able to show the steer at the Spokane Jr. Show. Beekeeping was also an FFA project, a hobby he continued his entire life, even taking a hive to their winter home in Arizona. His final hive was given away in December.

Carl started work at the age of 12 on the Rinehart Farm, assisting with hundreds of hogs, turkeys, chicken, cattle, and a garden. Anything that had a motor sparked his interest and he had more than one vehicle before he could drive. During high school, Carl worked on the Smith Ranch.

He began a lifetime of construction by first working with his father building houses. It was his compassion for animals which propelled him to purchase his first backhoe at an early age. As the Redeemer Lutheran Church was being constructed next door, he watched as the contractor continually whipped the team of horses used to carry out the heavy loads of dirt. It greatly bothered him, and he decided there had to be a better way.

As an excavating contractor, Carl owned and operated Rowe Construction, Inc. for 52 years, although most would say he never truly retired. His work touched all areas of the county, from bridge abutments at Lyons Ferry to concrete work at Bluewood, water and sewer line installation for the City of Dayton and powerline roads throughout the county. After the flood of '64-65, Carl was contracted by Columbia County to rebuild 18 wood bridges and two steel bridges. At the height of his career, he managed a crew of 16 men.

He met his future wife, Mary Bodewig Rupe, when Carl was hired to complete some repairs for her. She offered him fried chicken and huckleberry pie. Always one to enjoy good food, it was love at first bite. They were married December 31, 1965, and Carl became step father to her two children, Robert and Betty. Together they had daughter, Carla.

From 1975-1977 Carl was superintendent for the City of Dayton. In 1977, he was chairman of Taxpayers Against the Dam, a group that successfully blocked construction of the proposed Touchet Dam.

In the fall of 1979, Carl won a write in campaign, with much of the campaigning conducted by the City Fire Department, to become Mayor of Dayton. He held the position for two terms. During that time, the city completed two deep wells, the swimming pool, and remodels of the sewage treatment plant and City Hall.

Carl was recognized by the Dayton Chamber as Citizen of the Year in 1983. During the 1984-85 modernization of Dayton Elementary and Dayton High Schools, Carl served as clerk of the works, overseeing the construction.

In retirement, Carl and Mary purchased a home in Arizona which provided many projects. Once done, he completed decks, patios, and porches throughout the neighborhood. When those ran out, they sold and purchased another fix-it project which kept him happily busy.

Carl was proceeded in death by his wife in 2018.

He is survived by Robert (Dr. Ina Ka Tresca) Rupe of Austin, Texas; Betty Alexander and Carla Rowe (Eric Holmberg) of Dayton; grandchildren Karl Rupe of Austin, Steven Schroeder, Kevin Schroeder of Walla Walla, Angela Smith, Courtney (Jake) McNeil, Fred R. Gritman and Cheyenne Gritman, all of Dayton; three great grandchildren, with one more on the way in February, who he was looking forward to meeting.

For those who are so inclined, memorial donations may be made to the Christian Aid Center in Walla Walla, Shriner's Hospital in Spokane or the Dayton Alumni Association.

Heaven better prepare for an infrastructure update now that Carl has arrived.