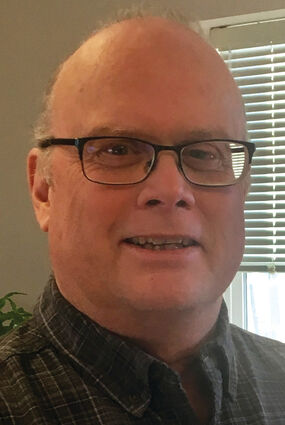 DAYTON-The Columbia County Commissioners (BOCC) held an exit interview for County Engineer and Public Works Director Charles Eaton in executive session; two resolutions were approved for that department; approval of an updated agreement for the Senior Center building; discussion on reorganizing the Maintenance department under Public Works; and to hire a Maintenance Manager to replace David Finney who moved into the Public Works Assistant Engineer position, all during the work session January 25.

An executive session was held for an exit interview for Eaton after which he told the Commissioners, "I really have enjoyed my three years here, and I want to thank each and every one of you guys for the support you have given me." Commissioner Amerein replied with the agreement of the others, "We appreciate the job you've done."

This week the County Engineer and Public Works Director Charles Eaton is completing his final week for the County before starting his new position for Asotin County. In preparation for his departure, he prepared two resolutions to present to the BOCC for approval. The first was Resolution 2022-06 to appoint Public Works Business Manager Amber Phinney effective February 1 as the acting Public Works Director until the Board hires a new director. This appointment will be revisited in two months if a new director is not hired by that time. The other Resolution was 2022-07 adopting the 2022 Equipment Rental Rates.

An updated contract was approved for the use of the Senior Center which is County owned but is operated through the Senior Round Table which serves several counties under Aging and Long-Term Care of Eastern Washington (ALTC). Zella Powers who is managing the center said the meal service, "Senior Round Table" provides meals for about 80 community members. Commissioners Amerein and Ryan Rundell expressed concern about regulations from a third party which create limits on the Center's use. Amerein said he would bring his concerns to the ALTC. Commissioner Marty Hall told Powers, "We appreciate your compassion for the program."

Discussion on the organization chart for the department was met with mixed thoughts, but Eaton said that Interim Engineer Jeremy Weiland is in support. Eaton spoke of the importance of staying connected to the daily operations of the department and keeping communication and coordination going. They also discussed filling the maintenance position for the County that David Finney left to serve as Assistant Engineer and how the maintenance department might be absorbed by Public Works. Three applications have been received and the Commissioners plan to move forward with scheduling interviews.