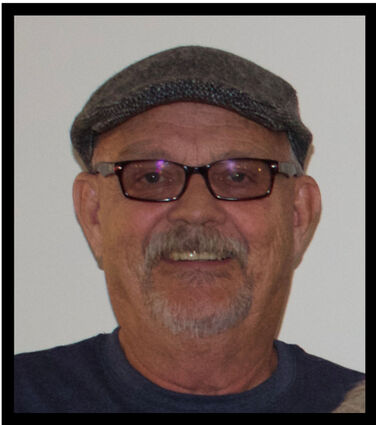 He passed peacefully at home after a short illness surrounded by his wife, brother and best friend.

Jeff was born in Dayton, Wash., to John and Della Bruce on November 16, 1950, where he resided until 1990. He attended Dayton schools and graduated from Dayton High School in 1969. He loved sports and lettered in baseball, basketball and football.

After graduation he attended Walla Walla Community College and the University of Idaho.

In 1991 he married the love of his life, Debbie Kelly Bennett and had 30 wonderful years together. Jeff became a good father and role model to his sons Mike and Jeff Bennett. He loved spending time with his family and getting to be "Papa" to his young grandsons and baby granddaughter.

Jeff worked for the Green Giant Company for a time and started with the McGregor Company in 1982 where he had a long and successful career until his retirement in 2015. While at the McGregor Company, Jeff was the recipient of the prestigious "Environmental Respect Award" that was presented to him at the Capitol in Washington DC.

Jeff had a strong work ethic, and during the spring and fall seasons, he typically worked from before dawn until late into the evening, sometimes for weeks on end without a day off.

He loved the great outdoors and spent many years hunting deer, elk and pheasant in the Blue Mountains. He also loved to hunt the elusive morel mushroom with his family. Jeff loved sports, and like his dad and brother, was a lifelong New York Yankees fan. As a proud Washingtonian he supported the Seahawks, Mariners and, of course, the Washington State Cougars. He was very knowledgeable about anything sports related and it was always a bad idea to challenge him in sports trivia.

One of Jeff's favorite things to do was to cook for the people he loved, and share a good bottle of wine. Many wonderful times will be remembered by friends and family around the table at a great meal that he prepared. Jeff loved to travel, and due to his many years of hard work, he and his wife were able to enjoy wonderful trips with friends and family. His favorite part of the travel, regardless of the destination, was having an adventure with the people he loved.

Jeff was a strong believer in His Lord Jesus Christ, and was a longtime member of Life Church. Many have known him due to his role as a home group leader. Jeff also served on the security team, but his favorite thing was manning his BBQ and cooking whenever he was asked.

Jeff was a man of integrity, a wonderful husband, and a good father and grandfather. He was a loyal friend and enjoyed spending time with men that he had built relationships with over the years. He is and will continue to be greatly missed.

Jeff was preceded in death by his parents, John and Della Bruce.

There will be a celebration of Jeff's life at Life Church, 611 S. 9th Avenue in Walla Walla on March 19 at 11a.m.–1p.m., with a gravesite service to follow at Dayton Cemetery.