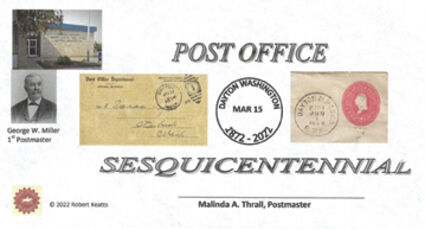 DAYTON–The local Post Office will celebrate its 150 year of operation anniversary on March 15, 2022.

To mark the 150th anniversary event, a commemorative cover has been designed by Robert Keatts, author of Postal History of Southeastern Washington.

The cover has been designed and formatted for a No. 10 official envelope and will be available...