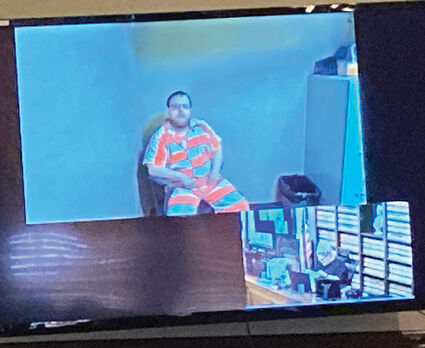 The suspect in a shooting incident on June 20 in Dayton, Jason William Bomar, 22, Walla Walla, appeared via video conference from the Columbia County Jail at a Preliminary Appearance Hearing June 22 in Columbia County Superior Court.