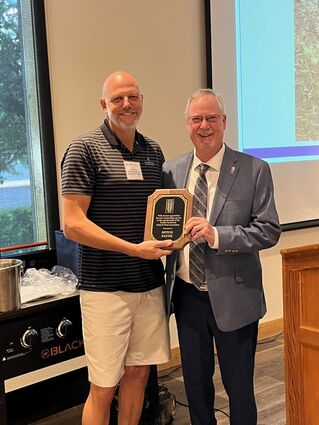 DAYTON–Mitch Payne, who retired in 2020 following a 40-year career serving farmers and the grain industry, was recently honored by peers in the feed and grain industry by being named an Honorary Member of the Pacific Northwest Grain and Feed Association.

Pacific Northwest Grain and Feed Association (PNWGFA) is a non-profit organization which serves to organize, promote and serve the mutual ne...