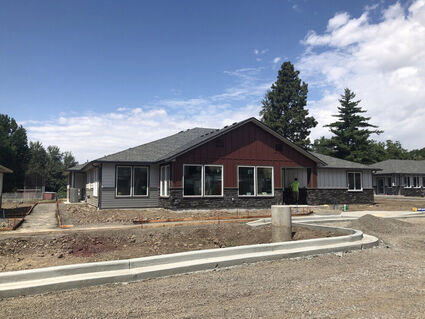 Unit C of the Rivers Walk Assisted Living Project on the campus of Columbia County Health System, called the Palouse, is near completion, anticipated sometime in September. It will be a memory-care facility. A grand opening is planned so the community can tour the building.

DAYTON–October, 2021, was the groundbreaking for the Rivers Walk Assisted Living Project, consisting of four cottage-style units to be constructed when the Columbia County Health System (CCHS) partnered with Tri-Cities developer Ron Asmus and his company, REA Commercial, LLC, along with architect John McLean, AIA, NCARB, of Blue Room Architecture. Now, less than a year later, the project is s...