Wolfpack rallies for third win in a row

COWICHE–Wolfpack Football headed into Homecoming Week with a trio of wins and no losses under their belts after rallying from a 7-0 deficit to beat Highland 28-20 here last Friday. DW is now 3-0 with Homecoming this Friday versus White Swan.

The Wolfpack was a bit sluggish after the three-hour bus ride and had to fight through the doldrums in the first quarter, said Head Coach Troy Larsen.

Highland drew first blood when a field goal attempt was blocked, the ball picked up and run in for six. "That woke us up," Larsen commented, and DW scored two times in the second and two more in the third then held off Highland for the win.

Wolfpack senior running back Preston Hansen hoofed into the end zone in the second quarter, DW taking the lead 8-7. Quarterback Monte Pettichord ran for another second-quarter score and the Wolfpack led 14-7 at half time.

In the third stanza, Preston Hansen was open for a Pettichord pass for six, and with the two-point conversion, the Wolfpack extended its lead 22-7. Pettichord, who rushed for 160 yards on 21 carries and passed four of nine for 62 yards, rambled into the end zone for DW's final touchdown.

Hudson Reser ran the ball hard with 82 yards on 12 carries and 92 yards in kick-off returns.

"The offensive and defensive line got some great game experience against another big and physical line and I am looking forward to see how they improve again this week against White Swan," Larsen said. 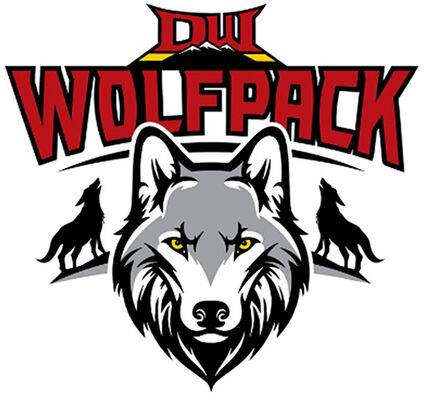 "Kaylub Prather is doing a great job at center on offense and is another energy guy at linebacker as he is able to pursue sideline to sideline to stop potential long runs," Larsen noted.

Defensively, Preston Hansen and Levi Boudrieau "brought the energy" from the middle linebacker positions, getting through the line to cause a lot of havoc on the Highland backfield, Larsen said. Pettichord led with 10½ tackles.

Spencer Hansen led the defensive backs with multiple pass break ups and an interception to stop a second-half drive.

Preston Hansen blocked the field goal and a crucial PAT in the second half.