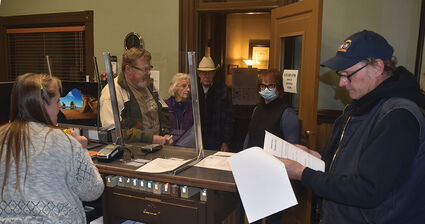 DAYTON–Incumbent County Commissioner Charles Amerein is trailing challenger Jack Miller by 69 votes, according to election-night returns for the November 8 General Election, and the Joint Metropolitan Park District was soundly voted down by an almost two to one margin. Both Amerein and Miller favor the Republican Party.

Sheriff Joe Helm, who favors the Republican party, looks to retain his of...