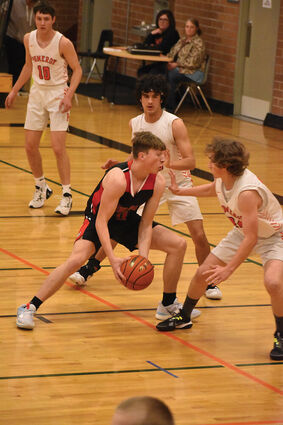 POMEROY–The Dayton-Waitsburg Wolfpack and Pomeroy Pirates were neck-and-neck throughout the entire game until the breaks fell DW's way in the final minutes and they walked away with a 55-44 non-league win here December 29.

It was the third consecutive win for Dayton-Waitsburg, which now holds a 3-3 overall record, 0-1 in league with its 41-40 loss to Tri-Cities Prep on December 13.