From the Dayton Chronicle archives

County Commissioners gave the nod to the site plan for the Blue Mountain Station. Construction for the first building to be built on property owned by the Port of Columbia, the artisan food center, will begin in early spring.

The 2012 recipient of the Columbia Conservation District "Resource and Environment Award" is the Steve Radebaugh family. They own acreage on Eckler Mountain and purchased an adjoining 18-acre parcel that has been transformed this past year from an overcrowded, unhealthy timber stand into the beginning stages of becoming a productive stand.

The Dayton Hotel was originally built in 1891 by the Dayton Hotel Company as a three-story structure at a cost of $33,000 and was purchased by John brining in 1920. Bing Crosby is reported to have spent the night in the hotel while on a fishing trip. After a fire 1949, J.V. Rogg bought the building, removing the two upper stories and a section of the back, it has been currently bought by Dr. Passmore from Elinor Rogg and will be remodeled into a dental office.

Senate Page Jeny Donohue, a freshman at Dayton High School is serving as a page at the State Senate in Olympia for her uncle, Senator Hubert Donohue (D-9th Dist.) She is the daughter of Mr. and Mrs. Pat Donohue.

Dennis M. McNair, son of Mr. and Mrs. Clarence McNair, is among 25 who have received graduate fellowships for the winter and spring quarters at the graduate school of Southern Illinois University at Carbondale.

Goldie and Thomas Turner, owners and operators of Dayton Cleaners since August, 1963, announced their retirement from the business and sale of their dry cleaning plant to J.E. "Ed" Rouse, owner of city Cleaners.

Sherri L. Grubb, a sophomore at Eastern Washington State College, has been named to the important role of Kate in the EWSC Music Theatre production of the musical comedy, "Kiss Me Kate."

Information disclosed before the city council revealed that the Patit Creek channel is virtually a raw sewage and garbage dump, with maybe 15 households dumping their stinking mess into the channel. Informants said that in the summer time the stench along the channel was something awful.

The Polio Drive Needs Dollars; Dimes will help, but dollars are necessary to do the task that is before us in the fight against polio. In practically every case of polio, the local chapter of the National Foundation must lend a hand if the living standards of the patient's family are not to be lowered, in the fight against a disease that cripples more people than any other cause, except war or accident.

Willow Grange members met for the purpose of moving the old White Bird school house over to the Grange hall, to be used as a kitchen. With lots of horse power from two tractors, the building was put in place followed up with the Grange ladies serving one of their usual good dinners which included chicken and all the trimmings. 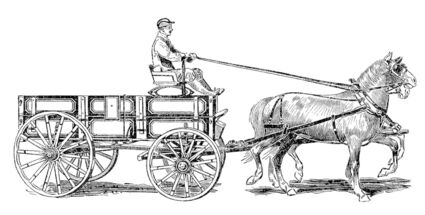 One Hundred Years Ago

One Hundred Twenty-Five Years Ago

Baileysburg Notes; H. Riddle has started in business, having leased Donley & Bailey's blacksmith shop. Donley, for the first time in many years, has run out of his winter supply of fire wood the result of filling orders which continue to come in.

Bailey and sons have closed down their shingle mill for the present, owing to being unable to get material to manufacture shingles out of.