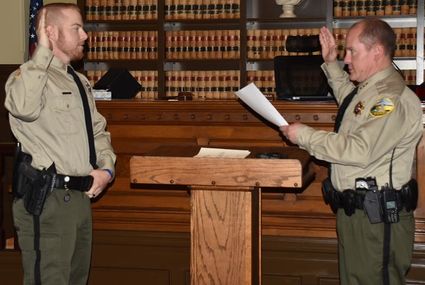 Columbia County Sheriff's Deputy Brook Connor Ehr was promoted to Chief Deputy by Sheriff Joe Helm, and officially sworn in during a ceremony October 2, in the Superior Court Room at the Courthouse. Ehr was hired in August, 2018, and graduated from the police academy in January, 2017. Ehr said he is excited and eager to take on the challenges of serving as Chief Deputy. Sheriff Joe Helm, left,...