Real Clear Politics: Smiley and Murray race a "toss up" 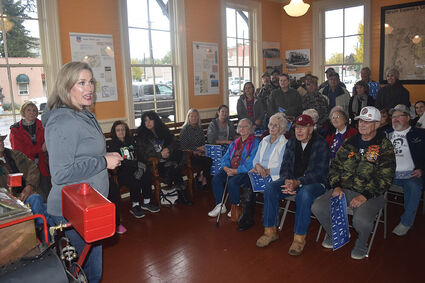 United States Senate candidate Tiffany Smiley made a campaign stop in Dayton this week, part of her "New Mom in Town" whistle-stop tour across the state ahead of the November 8 General Election. Smiley spoke to a standing-room-only audience of around 50 Columbia County residents at the Dayton Depot Tuesday afternoon.