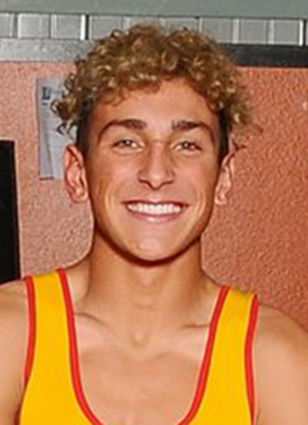 The Bulldog wrestles in Colfax tonight at 6:30 and Saturday, Jan. 11 at Chiawana H.S., Pasco. Northwest Christian-Colbert is the venue for the Tuesday, Jan. 14 match at 5 p.m.

Carlos Norris, a Dayton High School wrestler in a cooperative with Pomeroy, and Braedyn White, a Pomeroy Pirate wrestler, both finished second in their respective weight classes.

Norris finished second to T. Evans of Enterprise H.S., losing by technical fall with a score of 17-2. Norris reached the championship match with a win by major decision score of 14-4 over E. Fry of Neah-Kah-Nie of Rockaway Beach, Ore. He pinned B. Chapman of Culver and S. Gallagher of Santiam Christian in the first two matches.

White, in the 170 lb. division, pinned his first two opponents, D. Creech of Union High School and C. Hammond of Elgin High School, then was outscored 12-4 by Toomey of Culver High School.

"Norris and White have continued to look tough with another good finish this weekend," commented Head Coach Ben Slaybaugh.

In the 182-lb. class, Will Winona rallied after a first-match loss with two wins, then finishing fourth with a 6-4 decision loss to A. Mendez of Culver H.S., losing both to the same wrestler. "Will Winona is finding his stride and we are excited about his potential," Slaybaugh said.

Winona was pinned by Mendez in the opening match at 3:16, the dropped T. Swearinger of Echo at :36 and L. Hess of Joseph at :27. This brought the rematch with Mendez who prevailed with the 6-4 decision.