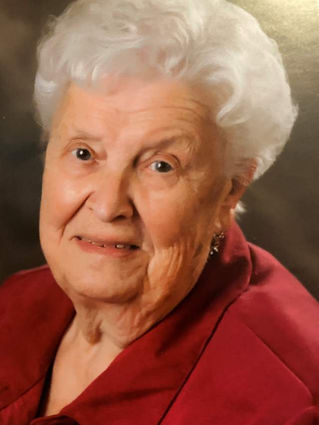 She enjoyed genealogy and her Norwegian heritage, also sewing, gardening, quilting and flowers, and was secretary of Centiannas homemakers club. She was also proud of being a Rebecca.

She had a special and personal relationship with her hairdresser and nail operator, and always had pink in her hair. She thought the world of Dean, her mechanic.

Agnes participated with her girls in Rainbow girls and Campfire girls, and in sporting events with her sons.

She was an avid fan of the Spokane Indians; Seattle Mariners and they were ticket season holders to the Missoula Ospreys. She and Ray followed baseball, basketball, football and any other sports you name, including Tiddlywinks.

Agnes loved to cook. Whenever someone was sick, she came with a big pot of chicken soup. She was quick to provide meals to anyone in need.

She loved her thimble collection, long rides with ice cream following; her favorite place was Avalanche Lake, the buffalo range and picnics, breakfast burritos and lattes at McDonald's.

Mom's handwriting was so very beautiful that she would get compliments.

Agnes was preceded in death by her husband, Ray; her parents, Peter Melsten and Jessie Ayres; her brother Bob Melston; and grandson Tim Shelley.

Inurnment is planned at a later date.